Real men use the GNOME Shell

Contrary to what all you pussy-whipped old-fashioned Linux users say, the GNOME Shell kicks ass. It pwns everything including compiz, GNOME 2, KDE 4, Chuck Norris and God Himself. So, if you are too much a pussy to try something new, or think that the real deal in computing will remain within a desktop with a bottom launcher bar and floating windows, here is my advice to you...


You heard me right. Evolution is a process that takes its beings *forward,* not backwards, so if you choose to stay with the old shit, you will end up probed by a humongous cock. There is a reason why things get upgraded, and when dealing with computers, that is the norm. Deal with it. We don't use CLI everyday anymore, and boy isn't that great? Interfaces evolve, sometimes because they suck, and sometimes because we get bored of them. Now, some users refrain from upgrading to Ubuntu 11.10 or Fedora 15+ because they think they won't be able to get back to the classical two-panel compiz-puffed GNOME desktop and, frankly, that is the stupidest excuse I've ever heard.


Listen, asshole, GNOME 3 > GNOME 2, essentially because 3 > 2. It's a mathematically logical progression that makes sense in computing as well. We want newer software because they're better. And regardless whether you think the GNOME Shell is the future or not, it's built on top of GNOME 3. Don't like the Shell? Think it's too "tablet-oriented?" Miss your Compiz effects? The solution is simpler than you think; all you have to do is choose the GNOME Classic environment (without the shell.) Are you morons feeling sorry already? 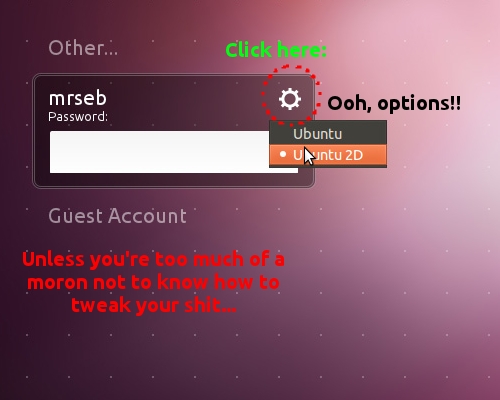 I frankly do not understand how the fuck it's possible to criticize the GNOME Shell. The shell itself is like every kickass thing of every Desktop Environment/Window Manager assembled into one final product. If there is anything that sucks in Linux, that would be the naming conventions. Linus Torvalds and others lost all my respect when they chose to flame it and switch to some pussy-ass DE like XFCE. Way to support the team, eh, assholes? I mean... you ditched your teammates just because you didn't like the uniform... 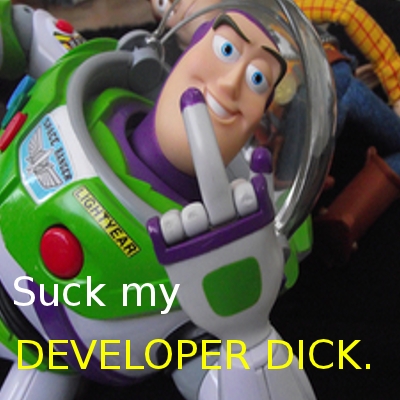 Don't be a software pussy. If you can't change together with the change, you might as well boot back into Windows. Stop trying to justify tradition as the reason to remain in the past. If you're dealing with computers, do your thang and live on the edge. Now hush and let me get another PBR.
courtesy of Klaus Zimmermann is not my real name