Are you a Linux Zealot? 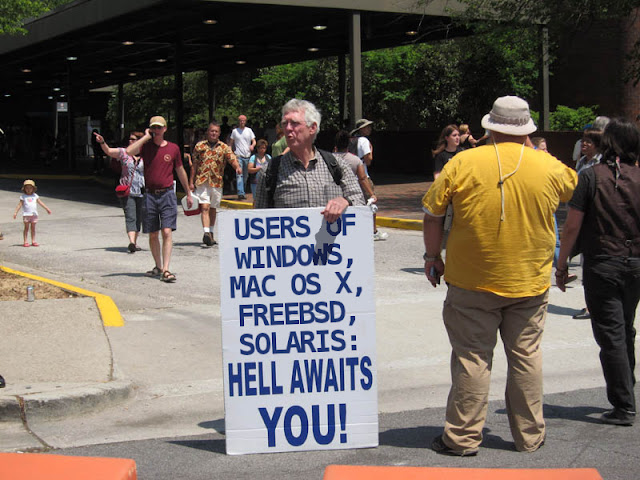 No, I'm not a Linux Zealot. I think they are retarded, and in fact, zealots of any kind are plain retarded. There are plenty of reasons, however, to why I like Linux, and prefer to use it over Windows and the other operating systems. Security and convenience are just the tip of the iceberg.

I've also got plenty of reasons on why fanboys of other operating systems are incapable of harming me with their flaming comments. I've listed a few of these on my blogroll. Here are a few of them:

-Linux is FREE. You're entitled to do whatever the fuck you feel like with it, and will not have to pay a cent for it. So, even if there is one thing or another that doesn't quite work with it, how much did you pay for it, again? Oh yeah, NOTHING. Windows and Mac OS X, on the other hand, ship with flaws and limitations, and make a (minimum) $200 hole in your wallet. And besides, you can always dual boot.

-Unlike the FUD-loaded, predatory strategies of Microsoft or Apple, Linux doesn't give a shit to competition because it's impossible to compete with Linux. Yes, completely impossible. By definition, a competition requires two or more parties to be actively involved and trying to eliminate the others. Whereas Microsoft pulls its hair out making strategies to eliminate the others, Linux just sits there and has a beer.

So there you have it. I'm still a full supporter of Linux without being a Zealot. I don't think dual booting is evil, treachery or cowardice. I don't think Microsoft or Apple are fascist companies either. And yet, at the end of the day, here I am hacking other Windows boxes of my neighbors.

Oh, and before I'm done, I should add that there is one exception to the zealot rule listed above. Every other kind of zealot is retarded, except for this one. 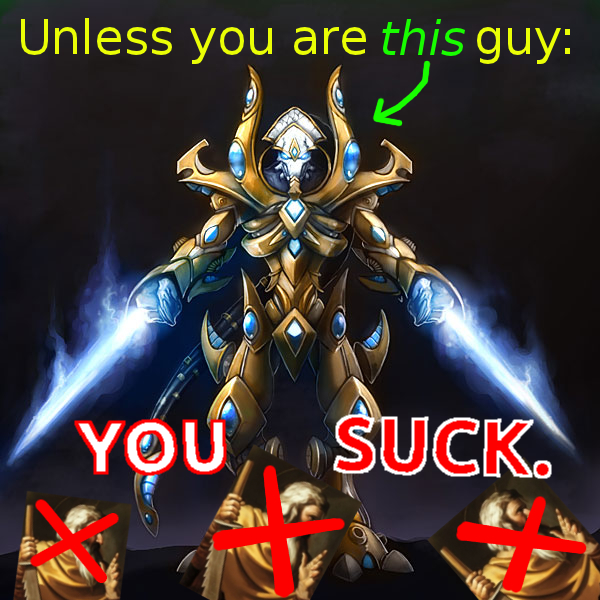