I hate to watch things that are good decay and become crappy. It seems to be a trendy thing in life, unfortunately. Two day-old pizza is sure as shit not as good as fresh pizza. 90s rap is an order of magnitude superior to 2000s rap. Dating and socializing was ten times more honest before the boom of the internet. We are faced with no other choice except to swallow these shitty things, and live on with our opinions shoved up our anuses. I still have faith in the ones that are past their glorious days, but are day after day becoming closer to a blob of poo, and I try my best to support them. One of such things is Dubstep.


Before I proceed, whether you like Dubstep or not is completely irrelevant - I'm pretty sure that you have experienced watching the things you like decay. Dubstep, regardless of taste, is the way for nobody-knows artists to make themselves in the mainstream, and become valuable musicians. This statement is irrefutable. Otherwise, how would a repressed emo kid like this one become one of the most respected musicians in the world? 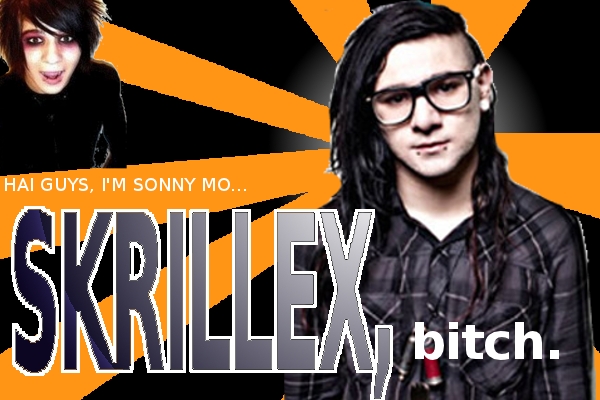 Now let's imagine the same situation, only that "Sonny Moore" dislikes electronic music and has a Punk Rock / Hardcore garage band that composes songs about High School breakups. How far he would've made into the music industry? I say a day job at Starbucks Coffee for the rest of his life,  followed by a fat blunt in the evening, complaining about how the world is mean. And that's a pretty damn close prediction. Since Dubstep is good, what are my complaints about it, you ask?

I know the strong association between drug use and Dubstep music. Weed and Reggae Dubstep make it  a perfect chill environment. Cocaine and heavy Dubstep make it a nice pump environment. Still, you never listen to Dubstep in an alcohol-only club (except for one shitty song or two). So the question inevitably keeps coming back to this one: since drug use explicitly dumbs down and take intelligence away from its users, and drug users love Dubstep, does Dubstep appeal only to retarded people?

Although I really don't believe it, more and more evidence stacks up supporting the horrible question above. If you don't believe me, do yourself a favor and look up the word "Dubstep" in YouTube. Next, click on any of the search results, and look for the top comments... 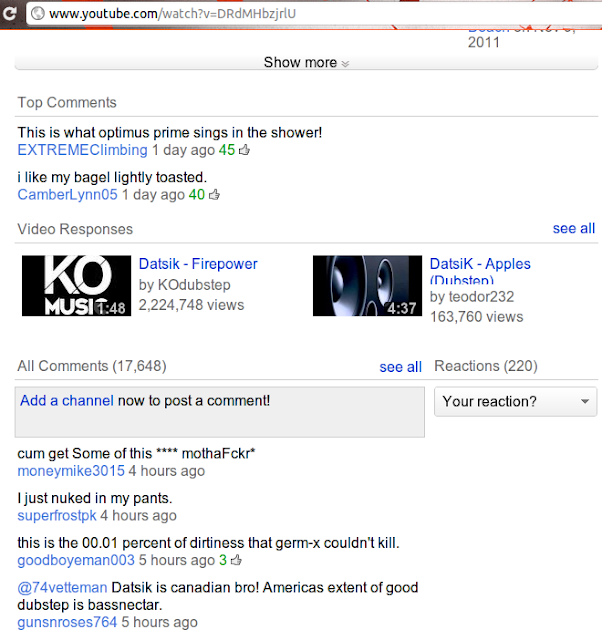 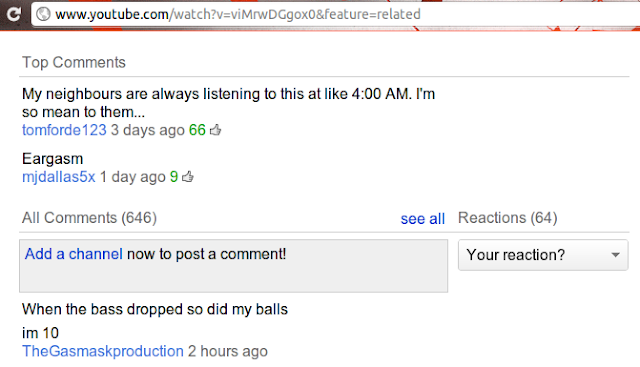 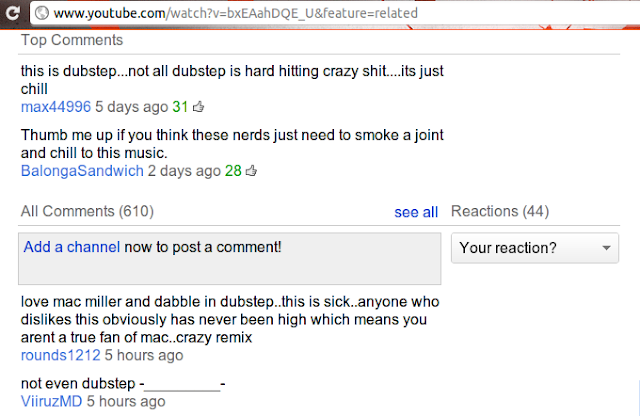 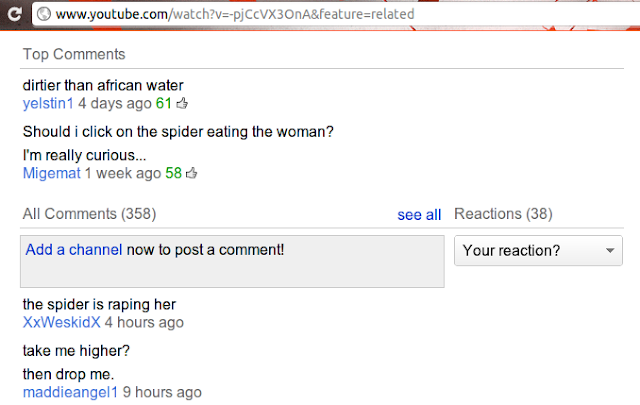 And now, for a question... what is Dubstep? 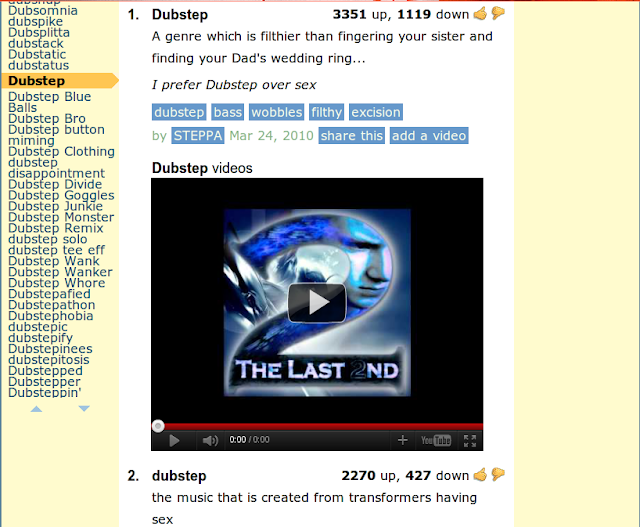 How is one not to call this kind of behavior "retarded?" Or at least appealing to become? Reference to drugs, idiotic comparisons between the songs and dirty things, experiences about jizzing and testicles... I mean, how can one extract all these completely unrelated feelings from the same kind of song? What really creeps me out of these comments is how they state that they really would rather listen to Dubstep than have sexual relations. If a girl ever said "Not tonight, I'm listening to Skrillex" to me, I would send her remains to her family in a UPS box. It's a song, for chrissakes. It doesn't have a hand or fingers.

I decided that it was about time for someone to save what is left of Dubstep, so it doesn't become completely retarded. So here are the things Dubstep fans must do in order not to look like wobbly-high morons:

Listen to the Originals: I don't know if you noticed, but most of the Dubstep songs (and the most popular too) are remixes of original songs made by either little known or failed artists. Now, wouldn't it be so much more mature if instead of saying how many times you jizzed, you took the time to get to know the original songs? It is more mature indeed, because it's respectful. And also while you're at it, you get to listen to different stuff. Now, that is healthy.

Don't play spamming games in comment boxes: just don't. This is not only overall internet etiquette, but also helps you not look like a complete moron. Two in one! Every time I see a comment about how some listener repeatedly "raped the replay button so he's giving you a new one for free," I'm grossed the fuck out. Tells me something about his personality!

Dubstep is not Music, it's a genre of: that's right, Music itself is a much broader thing than wobbles and bass drops. Dubstep itself was created from other genres of electronic music, so please: go outside, have a conversation, listen to other kinds of music, anything. Don't live on Dubstep. Wobbles are not going to feed you, or give you money for more weed.

If these guidelines are not followed, who knows what's going to become of Dubstep... Maybe it'll be a cult in a few years. "Cult of Dubstep," "Cultstep." Fuck no, I'd personally suicide bomb their meeting halls should that ever happen. Although it sounds interesting at the same time...


"Come to the Cult of Dubstep... we have wobbles!" 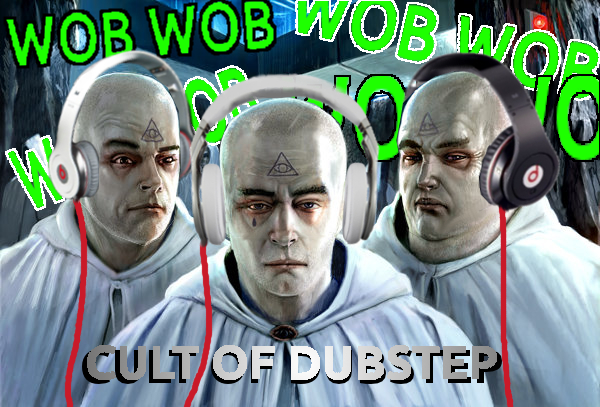