Five of the world's useless, yet successful things 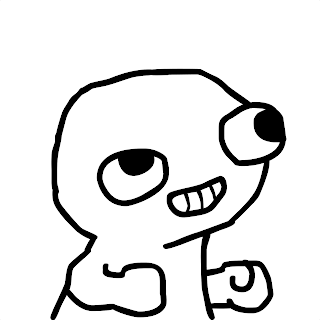 Ok, so Apple came out with the brand-new iPad2, and not surprisingly was greeted and hurrah-ed by waves of blind pilgrims that mindlessly embraced the gadget as a descendent of the gods itself. Talk about crowd manipulation!


Then each and every one of these puppets naturally unboxed their devices, activated, agreed in the iTunes EULA to sell their souls to Steve the Savior and rushed to their neighbors to show off what they got. Only to be met by a cold and resounding "So what?"


Grandpa already knew that no one would give a damn thing about something that did not fulfill a practical application in the modern world. As we just saw, however, he's not always right. Even though PC fans or anti-Mac computer-tied nerds correctly say that there's no use for an iPad because it lacks the processing power of a full laptop at the same that it's too big for a smartphone, the Apple Store next door continues to flood every goddamn day.
But the iPad (among other weak, cheap-ass tablets) is not the only thing that defies ol' granps. Let's take a look at five others:

Old-fashioned, slow, unreliable, has more holes than swiss cheese, too expensive for what it offers, limiting, and yet everybody else is still using. These are the facts, true for any edition you can think of.
Fanboys may say that it's still better than Linux or Mac because no one is there making software (read: games) for them, or that since corporations embrace it, it must be the best - and also being too much of a pussy to try Linux.

Even though these facts are correct, surprise, bitch! Windows made itself popular in the early, when nobody really wanted to know shit about computers and wanted to pay the least just to say that they had one, even a shitty one. The headache induced afterwards wasn't thought of. That's history for you.

And also, you and your CoDder friends may use windows, daddy's company may too, but guess what? The search engine you used to find my site runs on Linux. Daddy's company does business through internet providers running Linux. Hell, the whole fucking internet runs on Linux. So yea, just because you don't see it, doesn't mean it ain't there!
The existence of Microsoft Windows is responsible for the spreading of millions of malware and the development of internet INsecurity.

2.Diet Coke
If you are on a diet, by definition this means that you will carefully select what you can eat, regardless of the purpose. Now, except if what you want is osteoporosis, Diet Coke has nothing to do in any diet ever. I think this one even got to appear on Family Guy, in a scene showing fat women sipping on a can of Diet Coke and then saying: "Now I can eat whatever I want!"
Thank you, Coca Cola Company! Millions of diabetical, overweight, hypertense people are grateful for your healthy-diet-killer product.
The illusion that a given product will magically make your way of life perfect is not only solely given by Diet Coke. Taco Bell's "Drive-thru Diet" campaign is not much far behind, together with some initiatives by McDonald's to lower their calories in meals. But Diet Coke is a very old product, that has just been rebranded into "Zero." Being the pioneer, it gets number 2.

3.Magically advertised weight-losing methods
These promise something similar to the above, except in the opposite way which is a little more logical. What I'm referring to are methods such as the balloon-like probe that people put into their stomachs, or radical fat-cutting pills that people take as though it's the panacea, apogee of humanity accomplishment. Argh...
I'm not a hardcore "let's be chemical free" person, however I do agree that there is a limit in doing things with your body.
The human body was made to work a certain way, and that is the way it should work. If out of a sudden your stomach shrinks to a third of its healthy size, or suddenly you're drinking fifteen times more lemon juice than you have been for the past thirty years of your life, it's at least expected that some collateral damage will follow! So what if the bitch on TV showed her body transformation from two (fake) pictures of herself before and after? She isn't you, why should it happen to you too?
If you're fat, 90% of the time it's due to your habits, not your stomach/liver/intestines. And also, why torture your innards that much when you know that you'll still gonna follow shitty eating habits, and therefore will have to go through everything again? Gosh.

"Look at me, I'm kind of but not really Robocop/Men in Black/ISP callcenter employee, but as I'm not even close to cool enough for that, I just end up looking like an idiot talking to myself!"

Ever wandered outside and walked by somebody randomly yelling to the wind like it's his/her best friend? Most of them have some mental disease, but a small fraction happen to be actually completely sane and talking to another very real person, only through a wireless headset that no one would ever realize it's there. As Gin Rummy wisely said, "there's a reason why people hold their phones against their ears. It lets people around you know you're hanging up on them."

5.Rosetta Stone language courses
Probably the most arguable within these.
Although I don't think it's possible to learn a foreign language for absolutely no cost, it surely DOESN'T take $400 dollars and a lousy self-instruction programme. If the best way to learn a language was by yourself through pieces of software, every top-of-line computer today would be an embassador.

I frankly don't know what is the best way to learn a language (except that until you're 10 you can learn anything you want) but I would think that since we are talking about communication, shouldn't something like human interaction be pretty important? I mean there are people making crazy virtual love somewhere in the interwebs and all, but real communication is due in real life.

Whew! That was a lot for the day, and the week is just beginning. Peace out!
courtesy of Klaus Zimmermann is not my real name